Herwig Görgemanns and the Egyptian trail

Professor Herwig Görgemanns, a renowned classical philologist and Plato expert of Heidelberg university, wrote two contributions in 1994 and 2000 in which he attributes a real background to the Atlantis account. 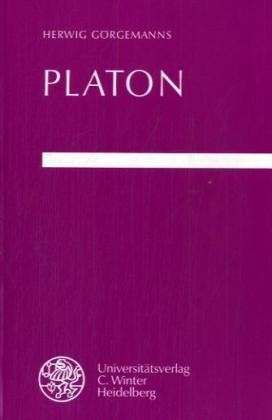 It is not a myth

Görgemanns denies the mythical character of the Atlantis account, because according to him Plato's myths always had a supernatural core. In case of the Atlantis account, however, myths only appear marginally, such as founding myths; yet the core would be very factual. The question whether Plato's Atlantis account was a kind of novel and the contained assertion of its truth in truth revealed its falsehood, is answered by Görgemanns by pointing out that such a literary tradition existed only after Plato. Furthermore, Plato himself describes his literary method: A completely invented story is rejected and instead, Plato's ideal state is inserted into a historical tradition. Since the ideal state is primeval Athens, Atlantis thus would not be "inserted".

Several elements of the Atlantis account are additions by Plato, says Görgemanns, which Plato added in good faith. Especially chronology (9000 years before), geography (Atlantic Ocean) and the sinking of Atlantis.

Yet the historical core of the tradition is to be seen in the great war which Atlantis wages with primeval Athens, Egypt and all the other countries. According to Görgemanns, this points clearly to the so-called Sea Peoples wars around 1200 BC wich are documented on Egytian monuments until today. The first who put forward this proposal was Wilhelm Christ in 1886. The exact origin of the Sea Peoples Görgemanns leaves undiscussed; it is disputed until today in academia. 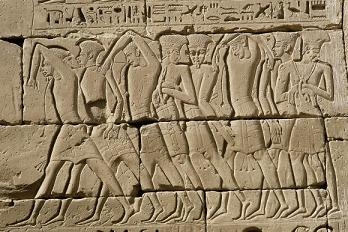 A special attention Görgemanns pays to the question how the historical tradition came from Egypt to Greece. He believes it to be unlikely that Solon or Plato heard of it in Egypt. Görgemanns points to an Athenian inscription which tells of an Egyptian mission to Athens in 362/1 BC. Görgemanns believes that this mission brought the Atlantis account to Athens in order to make Athens joining an alliance. This, too, would explain various distortions of the historical tradition, because the Egyptians would have "tuned up" the story according to their political needs. A problem with this hypothesis is why then only Plato knew of Atlantis, not others.

With Herwig Görgemanns an acknowledged expert has made a statement on the Atlantis question. His skepticism towards the all-too easy explanation as an invention and the respective arguments deserve attention. His search for an alternative solution is inspiring. Görgemanns is without any doubt one of the leading Atlantis researchers.