Atlantis brought down from heaven to earth


Eberhard Zangger (1958-) studied geoarchaeology and has a PhD from Stanford University/USA. He conducted excavations and examinations in places such as Tiryns, Pylos and Monastiraki. His focus is bronze age water engineering. 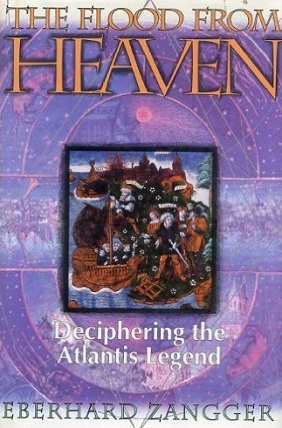 Picture: The Flood from Heaven  Deciphering the Atlantis Legend, 1992.

In 1992 Eberhard Zangger surprised the academic community with his book The Flood from Heaven  Deciphering the Atlantis Legend. He put forward the thesis that Plato's Atlantis and Homer's Troy are identical. The latter had been localized at Hissarlik in Turkey since Schliemann's times. This thesis became substantiated by an article in the Oxford Journal of Archaeology, with the title: Plato's Atlantis Account  A distorted recollection of the Trojan War.

Yet only in 1998 Zangger's thesis reached an almost legendary status of popularity when the leading German News magazine Der Spiegel selected Eberhard Zangger's Atlantis hypothesis as cover story: Das Puzzle des Philosophen, i.e. The philosopher's puzzle. This article by Matthias Schulz had the effect that the question for Atlantis was brought to the public under an academic perspective for the first time after many years.

Thus, Eberhard Zangger brought the question for Atlantis down from heaven to earth and he set an enduring public standard for an academic treatment of the subject: With historical-critical thinking the public attention was drawn upon the end of the bronze age and the so-called Sea Peoples wars in the Eastern mediterranean. En passant, Zangger freed the Sea Peoples from their "nordic" context in which they errorneously had been put in the public's perception by the works of Jürgen Spanuth. Furthermore, Zangger breached the one-sided fixation on the volcanic eruption of Santorini as a possible historical background of Plato's Atlantis story.

The writer of these lines, too, became then essentially motivated by this Spiegel article about Eberhard Zangger's hypothesis to occupy himself with Plato's Atlantis. He owes this article by Matthias Schulz some basically correct orientations from the beginning which had been path-breaking. It is surely not exaggerated to say that, if Atlantis will ever be found, Eberhard Zangger and this Spiegel article made an important contribution on the way to this achievement. 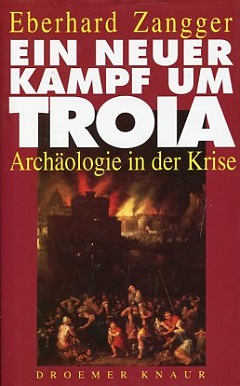 The reactions of established academia on Zangger's Atlantis hypothesis were characterised by a wholesale and dogmatic rejection. The counter arguments put forward were almost all superficial, outdated, or wrong. Above all, they were reckless and mocking, and aimed at undermining Eberhard Zangger's reputation. Be it, that Zangger was fobbed with a short note and was called a "Däniken". Be it, that Zangger was called a "geologist" only, in order to deny his archaeological competence. Be it, that legitimate source criticism and historical-critical interpretation was disparaged as "fudging" (German original: "umfrisieren"). Be it, that to Plato "phantastic" embellishments of Atlantis were imputed in order to avoid taking him seriously. Be it, that some wanted to see the seriousness of Plato's works dissolved into cynical irony. Be it, that Aristotle was called in as an alleged witness against the existence of Atlantis. Be it, that Atlantis supporters were disparaged as "naive readers". Be it, that the general mistakes of the Greeks concerning the age of Egypt were just ignored. Or be it, that some simply said, searching for Atlantis was like searching for Liliput.  Only the authors Bloedow and Spina published a factual rejection of Zangger's thesis which has to be taken seriously.

What is more, Eberhard Zangger unexpectedly stirred up a hornets' nest of otherwise smouldering controversies around Troy by his Atlantis hypothesis. One was a quarrel about size and meaning of the city of Troy. Another was, that Turkish politics instrumentalized Troy in order to construct an "Anatolian" identity of Homer and Troy. Thus, they hoped to win a cultural legitimation for becoming member of the European Union, or even more, to style Turkey as the cradle of all human civilization. German politics and the Daimler-Benz group supported the development of these pseudo-scientific theses heavily, as Frank Kolb documented. Stirring up these controversies by Zangger's thesis can retrospectively be considered as refreshing. 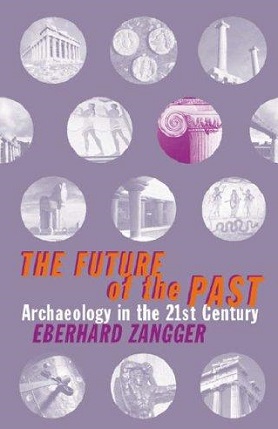 After a longer career break in which he worked as business consultant (because he was bullied by academia?), Eberhard Zangger stepped again to public attention in 2016 as the president of the new Luwian Studies foundation, for which he had found prominent supporters. Now, Zangger's thesis of the neglected archaeological research in Asia minor melted down to the thesis of a yet unknown advanced civilization, the Luwians, which practically had been overlooked until now. There is consequently no talk any more of Atlantis in this thesis. 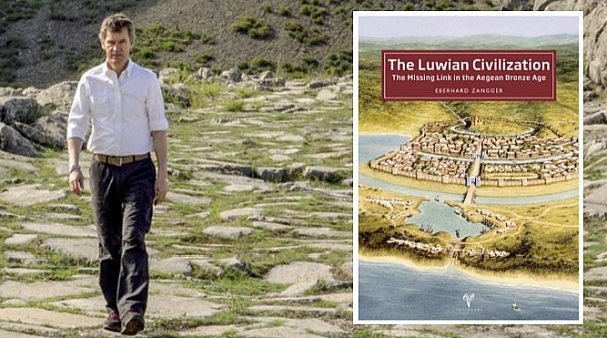 In October 2017, Zangger published the book "Die Luwier und der Trojanische Krieg: Eine Entdeckungsgeschichte" (German only) in which he cautiously repeated his Atlantis hypothesis without denying it. This, and his depiction of the city of Troy (allegedly according to the Medieval author Guido de Columnis), reveal that Zangger is still on this track. Yet is is not his focus any more. Zangger's focus is now on the Luwians in general. In this respect, Zangger encounters another problem: Important sources presented by him in his new book are not available in original but exist only as copies from copies. Several scholars talk of a forgery. Another academic quarrel seems inevitable.

Now Zangger himself informed the public that indeed these sources are forgeries, produced by a certain James Mellaart.