Rhys Carpenter (1889-1980) was Professor of Classical Studies at the Bryn Mawr College in Pennsylvania / USA and worked especially in the field of classical archaeology and ancient art history. He was known as an academic with partially unconventional ideas, yet his opinion had been nevertheless appreciated and noticed.

In 1965 he held the J.H. Gray Lecture at the University of Cambridge / GB. The topic was cultural rise and demise in ancient Greece. In focus was the cause for the cultural breakdown at the end of the bronze age (around 1200 BC). His lecture was published by Cambridge University Press in 1966. According to his words Carpenter advocated the presented hypothesis for already more than ten years, i.e. roughly since 1955, yet as he said he did not succeed to convince his academic colleagues.

The volcanic eruption of Thera / Santorini

Carpenter considered the explosion of the Thera / Santorini volcano as the possible cause for the weakening of the Minoan civilization. This enabled the Mycenaeans to take over power. Both events are mirrored according to him in the Atlantis story.

The only cause which can effect an event like the cultural break down at the end of the bronze age including especially strong migrations, is according to Rhys Carpenter a famine. All other causes like earth quakes, conquests etc. result only in a temporary weakening of civilization. There especially had been no invasion by an unknown enemy, because all names of Sea Peoples who are handed down by the Egyptians are interpreted by Rhys Carpenter as names of southern Anatolian and Syrian peoples (p. 45 f.).

Carpenter bases his hypothesis centrally on a periodically climate change repeating every 1850 years, described by Hurd C. Willett in 1953. This climate change temporarily moves the climate of the Sahara desert northwards to the region of the Mediterranean. Today, this periodical climate fluctuation is known as "Bond Event". It has a period of 1470 years +/- 500 years.

The low humidity brought by Western winds rained down completely at the first mountains it met, so all regions to the east of mountain chains fell dry. Carpenter could demonstrate well that exactly these regions were hit by emigration whereas places with a more favourable climate experienced immigration. By this scheme Carpenter can also explain the "Return of the Heraclids" at the end of the climate variation, and the ethnic continuity of Athens. Athens was spared since Western winds could come unhindered by mountains through the Gulf of Corinth to Attica. So Attica was spared from drought. 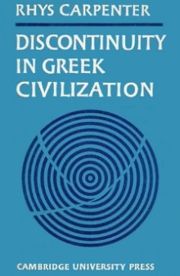 Thus, for Rhys Carpenter Plato's Atlantis story is based on historical facts. Yet these are facts which differ in place and time, which were melted into one place and one event only by historical tradition. In this sense, Plato's Atlantis is no invention by Plato, but a misunderstanding of tradition, although there are strong historical backgrounds. Basically it has to be said that Rhys Carpenter was totally serious about the question for Atlantis as a real place.

Rhys Carpenter considered it "entirely reasonable", that the volcanic eruption of Thera / Santorini had been the source of the Atlantis tradition. Against Atlantis skeptics he put forward the following arguments:

All three events in the Atlantis story have a real basis in history: 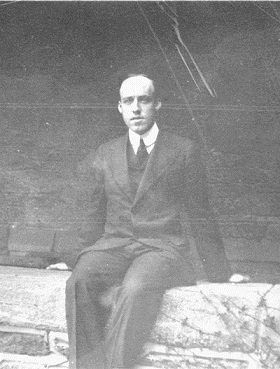 It is interesting to note that Rhys Carpenter started to advocate his hypothesis since around the time of his retirement in 1955. Rhys Carpenter complained that he could not convince any of his colleagues. Here, we are allowed to see a hint to the reason why Carpenter started to advocate his hypothesis only with his retirement, and why not a single colleague agreed: Because it is harmful for the career to advocate such theses. Here, we see an indication that there was a dogmatic rejection of Atlantis theses in academia at this time which did not allow an open discussion of rational theses.

It is also interesting to note that Rhys Carpenter in his 1966 practically at the same time published book "Beyond the Pillars of Hercules", which was addressed to a broader public, did not spend a single word on Atlantis, although this topic would have been natural for a book of this title. The reason for this was probably the concern that such theses could have been misunderstood as support for an irrational Atlantis thesis in a broader public. 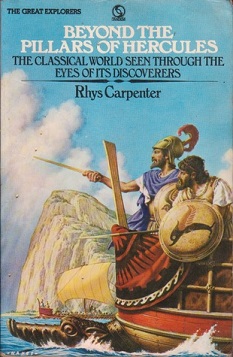 Rhys Carpenter was open for the question for Atlantis as a real place. Plato himself believed, what he wrote, except his embellishments. The tradition from Egypt was considered trustworthy by Rhys Carpenter, too. Also did Carpenter consider the single elements of the Atlantis story to be real. Yet the complete picture of Atlantis was not real since tradition melted different events errorneously into one event.

Concerning his thesis of a climatic event (today known as "Bond Event") and a subsequent famine as central cause for the cultural breakdown at the end of the bronze age, Rhys Carpenter was most probably right according to current knowledge. Yet his thesis that there was no invasion from outside the known Eastern Mediterranean at all and all names of Sea Peoples known from Egypt can be ascribed to southern Anatolian and Syrian peoples alone, is somewhat biased according to current knowledge.

Carpenter (1966): Rhys Carpenter, Beyond the Pillars of Hercules  The classical world seen through the eyes of its discoverers, Vol. 1 of the series: The Great Explorers, Delacorte Press / Universal-Tandem Publishing, New York / London 1966.