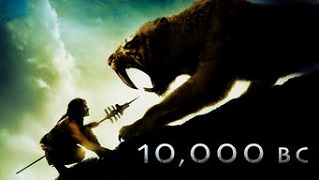 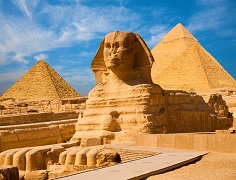 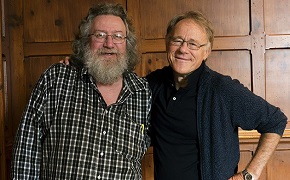 You have read authors like Graham Hancock or Robert Schoch? You have watched videos with Robert Bauval or Randall Carlson? You have heard of Plato's Atlantis, allegedly dated to 9,600 BC? You know of Göbekli Tepe from 10,000 BC? That cave paintings are several 10,000 years old? That the Sphinx is allegedly much older than Egyptologists admit? That the Richat structure possibly was Atlantis? That ancient chronologies say that Egypt is 11,000 years old and even older? Or you heard of the Younger Dryas impact hypothesis dated to 10,800 BC? Or that the last Ice Age ended around 10,000 BC? And you may know the film "Stargate" from 1994 or the film "10,000 BC" from 2008?

If so, and if you think there is some truth in it, then this text is for you.

Correct, but it is still stone age

First, it is correct: Göbekli Tepe is indeed from around 10,000 BC. Many cave paintings are even older. And let us assume that even the Sphinx would be from 10,000 BC (there are reasons against this, but this is not our topic here). What do we have then? We have hunter-gatherer societies at the threshold of becoming agricultural societies, which are building huge stone works and which are creating artful images in stone and in wall paintings.

Is this a big deal? Yes and no. It is surely astonishing and very respectable what human beings accomplished in this time. Maybe they also had a rudimentary idea of astronomy and did some seafaring in reed boats. It is an important step in human history, though only one of many. No doubt about it. But it is still far from any higher civilization. It was still stone age. They were still hunter-gatherers. They didn't use metals. And above all: They had no writing. Higher civilization starts with agriculture, metalworking and above all: With the invention of writing. Only with writing the development of civilization "explodes".

The root cause of the hype around 10,000 BC are ancient Egyptian chronologies written in the Late Period of Egyptian history. They all start with the legendary first pharao Menes. There is e.g. Herodotus who assumed in 450 BC that Menes founded Egypt 11,340 and more years before his time. Or there is Plato's Atlantis story, a story Solon got to know in Egypt around 590 BC, which says that Atlantis was 9,000 years old, i.e. it dated to 9,600 BC. Or there is Plato's dialoge "The Laws" in which it is said that there are wall paintings in Egypt which are at least 10,000 years old. Or there was Diodorus. Or Manetho. Etc. etc. This was the beginning of the assumption that around 10,000 BC or earlier something "special" had happened.

But in the meantime, the Egyptian hieroglyphs including several original Egyptian king lists are deciphered. We have radio carbon dating. And we have deciphered the texts of the Assyrians and Hittites, who wrote about Egypt, too. Altogether these sources provide a very clear picture: The legendary first pharao Menes lived around 3,000 BC, and this was the date when the Egyptian civilization started including the invention of writing. Granted: There were civilizations before that in the valley of the Nile, but they were of minor importance, they had no writing, and they surely did not bridge the gap between 3,000 BC and 10,000 BC.

The confusion of the real dating occured when the Greeks came to Egypt and started to ask for the history of Egypt. But the Egyptians had made all their records under the perspective of theology, not under the perspective of historiography. And therefore they made a lot of mistakes in interpretation. They even confused the correct order of the pharaos. And also the Greeks made mistakes in interpreting the Egyptian sources, e.g. Herodotus with a wrong estimation of generations. So, the big numbers of Herodotus, Plato, Diodorus, etc. have to be "shrinked" like the date of the first legendary pharao Menes has to be shrinked from around 11,000 BC to around 3,000 BC.

Everybody knows that Plato wrote about Atlantis. But only few have really analyzed what exactly he wrote. As we have seen, the 9,000 years have to be seen under the perspective of the wrong assumption that Egypt is 11,000 and more years old. In truth, Plato's 9,000 year point to a time after the legendary first pharao Menes, and this is in truth after 3,000 BC. But there is more.

The cataclysm of Atlantis was not a world-wide cataclysm. It is described as a regional event. Egypt was always spared from the cataclysms which happened elsewhere, says Plato. Therefore, all analogies to a world-wide event are wrong. The Atlantis story also does not tell of a comet impact, but of the sun being sometimes closer to the earth and sometimes less close.

Furthermore, if the Atlantis story really had come from Egypt, then Atlantis was much older than the classical Greeks. This means it existed in a time when the geographical horizon was much smaller than in Plato's time. This also means that the island was smaller, and that it was not situated at the straits of Gibraltar, because the straits of Gibraltar were certainly not known to anyone before the Phoenicians reached them around 1100 BC. Please note, that the term "Pillars of Hercules" is a Greek term. It was surely not written in the original Egyptian text but has to be seen as a translation (of what?).

Most scientists share the opinion that Atlantis even did not exist at all. But there is no proof for or against. Atlantis has a chance to exist, though not around 10,000 BC and not in the Atlantic Ocean. Reading ancient texts the literalist way is just not scientific.

Some adherents of the 10,000 BC hypothesis support the idea that oral tradition would be capable of transmitting information over a long period of time, e.g. over 1000 years and more. But this is not possible. So many things happen within 1000 years. Just imagine the last 1000 years: From the early dark Middle Ages to the Renaissance, from the discovery of America to the USA becoming a world power. Even with writing the perspectives change dramatically in such a period of time. Books in the year 1000 looked quite differently than books in the year 2000.

Even with writing it is difficult to transmit information. Just think of Jesus or Muhammad. What do we really know about them? We have the gospels and the hadith literature. But how reliable is this? These texts were not written as historiography, but rather to convey a religious message, and we have difficulties to reconstruct the original text from many fragments of papyrus which show many variants in the text due to manual copying. It is easy to agree that Jesus and Muhammad were historical persons, but reconstructing their exact deeds from the texts we have is much more difficult.

Then, there were scientists who thought that certain myths were transmitted over long periods of time in Australia. But the myths they pointed to are rather vague and contain almost no specific message at all. Or there is the imagination of never-changing civilizations of native peoples. But this is wrong. Also their civilizations have changed over time. Some think also that epic texts in rhymes would help to preserve a message over a long time. Well, it surely helps to preserve a message for longer than without the form of an epic. But we know that the ancient epics developed over time, or in other words: they changed over time, until they were put to written text. Only then the development of the text stopped (or at least: slowed down heavily, to be precise).

Side note: The transmission of Plato's Atlantis story did not happen by oral tradition. The Egyptians wrote down the story at the time of Atlantis (whenever this was). Solon took written notes with him to Greece. These notes were in possession of Critias' family which was at the same time Plato's family. Distortions of the story may have occured due to translation (between languages, times and cultures) but not due to oral tradition.

What traces remain of a civilisation?

But this is wrong, as Dr Miano can show in a video (see below). Many materials last significantly longer. And if the conditions are right, even longer. For example, if the materials are buried in the earth or in tombs.

The Richat Structure in Northwest Africa

The hypothesis that the Richat structure in Northwest Africa was Plato's Atlantis around 10,000 BC has become quite popular since Jimmy Corsetti posted a small series of videos on the question on his Youtube channel Bright Insight in September 2018. But this hypothesis is also completely wrong.

Yes, there were some interesting things around 10,000 BC, like Göbekli Tepe. But it was still stone age, no high civilization, no writing, and there is no historical tradition going back to this time. Egypt came into being only around 3,000 BC, including the hieroglyphic writing system, be it with or without the Sphinx (which is only carved out of stone, too). Everything about Egyptian chronologies and Plato's Atlantis does definitively not point to 10,000 BC but only to 3,000 BC and later. History has much to offer, but the hype around 10,000 BC is exaggerated and wrong to a great extent. Atlantis may have been real, but if so then certainly only after 3,000 BC.

Why do professional scientists fail to explain this?

Some of the arguments here may be new to you. And you ask why scientists do not explain this, as it is done here. There are several reasons:

Video: About the age of the Great Pyramid of Khufu

Dr David Miano presents the evidence for the age of the Pyramid of Khufu: it was built around 2,600 BC (11 minutes).


Video: About the age of the Sphinx and erosion

Dr David Miano has produced a very fair and insightful discussion of all the various opinions concerning the age of the Sphinx and erosion, pro and con. It is worth taking some time and listening to all the differing opinions presented here and to weigh the evidence (23 minutes).

Video: What traces remain of a civilisation?


Video: No Atlantis flood myth on the Edfu temple