... and learning a lot about ancient civilizations 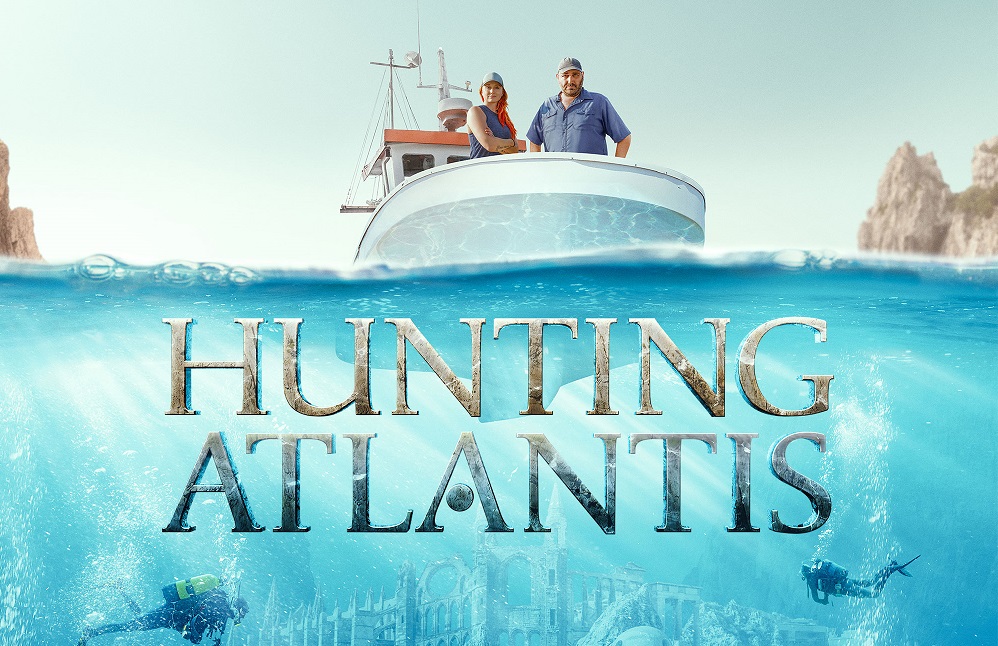 This Atlantis documentary is something entirely new. Atlantis enthusiast Stel Pavlou and geologist Jess Phoenix do not present a ready-made hypothesis for Atlantis. They start with only one assumption, that is a new dating for Atlantis around 5000 BC, and then they really go searching for Atlantis! You wouldn't believe it.

In each episode, they travel to another region in the area of the Eastern Mediterranean Sea (Black Sea, Croatia, Turkey, Sicily, Crete and Santorini, Cycladic islands), and try to find Atlantis there under the assumption of the new dating. The viewer is witnessing in each episode how Stel and Jess try to combine various archaeological and geological aspects to the complete picture of a valid hypothesis. And this search is quite credibly put on stage since some of the paths followed lead to nowhere, and this is openly admitted. Every 15-20 minutes, we see Stel retreating to his study late at night and thinking and concluding about the findings of the day, and how to proceed with the search.

The number of places visited is huge and you really learn something about the ancient civilizations, not only around 5000 BC but of course also about later civilizations dominating the visited places with their remains. You get to know and to see a lot of places which are usually not covered in any other documentary. And the camera catches the scenes with a searching eye, so you see it like you were there personally. In the end, this documentary cannot prove any of the proposed places to be Atlantis, but it definitely opens the mind for an amazing number of possible future archaeological finds.

Numerous scientists are interviewed on site. During the search, a lot of technology comes into play: Besides repeated diving, there is also a diving roboter, a side-scan sonar, a drone with a camera, ground radar, X-ray fluorescence analysis of obsidian, age determination of broken stone with respect to cosmic radiation, steep-wall climbing, core drilling, reference taxonomies of ceramics styles, etc. etc. This is not just a documentary, it is rather an adventure-style travelogue. This docu has definitely the power to attract the interest of young people for archaeology, geology, and ancient history. Maybe the scientists of tomorrow will be recruited by this docu? You never know. 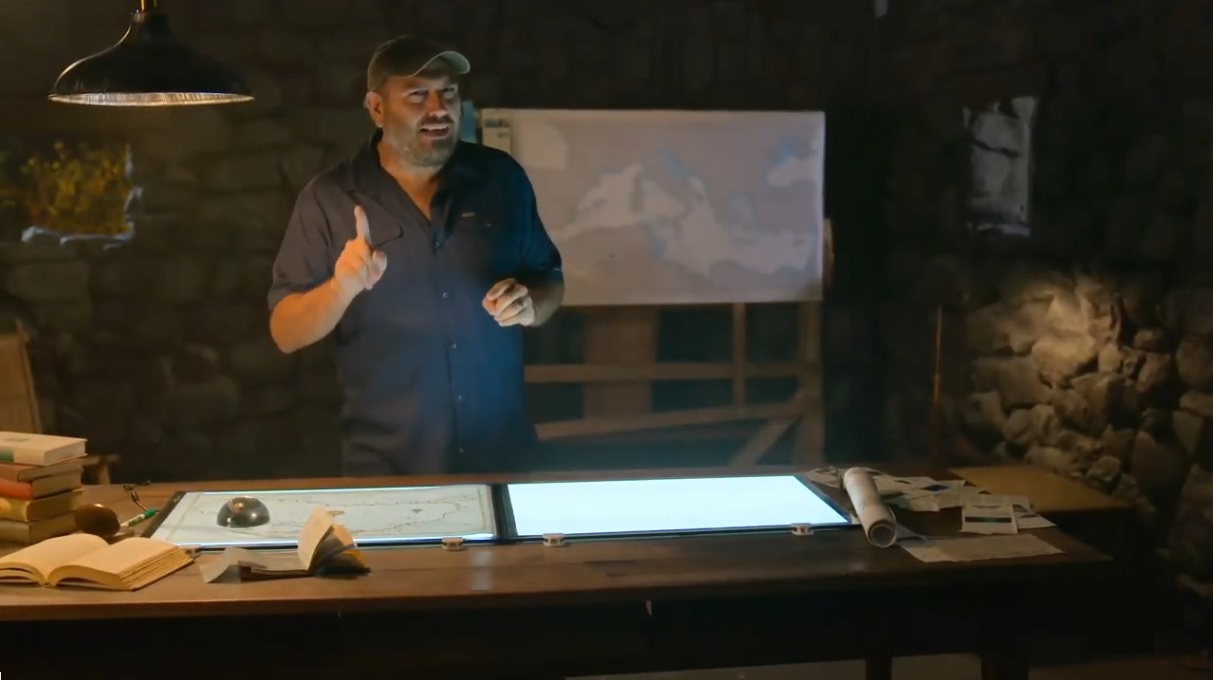 The docu plunges immediately into action, without much explanations about Stel Pavlou, Jess Phoenix, or the new dating hypothesis. For many viewers also a short introduction into the Atlantis theme would have been helpful. Throughout the entire documentation there is not much explanation, and this is a pity. Therefore, some conclusions seem too simple and some combinations are quite coarsely woven. Some scientific criticism is possible here, but only concerning a few details, not the concept as such. We have to keep in mind that this is a docu and not an academic article – under this perspective it is quite impressive.

For some viewers, this docu may have even been too ambitious. You really need some background knowledge about Plato's Atlantis and also about some of the places visited in order to enjoy it fully. This may also be one of the reasons why the number of viewers dropped soon, as Jason Colavito reported. And this docu did not play on the sensationalism of exploding volcanoes and devastating tsunamis. Besides few animations and reconstructions of historical events, you see in the first place modern people wandering through the remainders of antiquity as they present themselves today. For some this is boring, but for some this is the real thing! Furthermore, some viewers may have been annoyed by being presented a lot of questions but only few answers. Maybe, this docu was too scientific for some?

The new hypothesis of dating Atlantis to 5000 BC can be criticized, too. The idea behind it is that the periods of rule of certain pharaohs overlapped. But this is only one of many phenomena which makes the Greek calculation in generations wrong, as we can observe it e.g. in Herodotus. The complete analysis of Egyptian chronology with all its subtle aspects has been elaborated by Egyptology and can be found e.g. in Jürgen von Beckerath's famous book "Chronologie des pharaonischen Ägypten". Nevertheless, the dating to 5000 BC with the help of a historical-critical argument, namely the overlapping of the periods of rule, is a major step into the right direction! It is far from the simplicity of the literalist reading which is preferred by most Atlantis sceptics (because it makes it easy for them to reject the reality of Atlantis) and by most Atlantis supporters (because they do not know better and are not enlightened by Atlantis sceptics who prefer to stick with the literalist reading because ...).

Discovery Channel did not invest too much money into this documentary, as it seems, considering unfortunate cuts and strange dialogues at some points of the docu. Also the German synchronization on Discovery Channel Germany could be much better.

When the docu was aired for the first time in the US, some criticism voiced by less educated persons arouse that Stel and Jess would have fooled the scientists they visited, and that Atlantis would allegedly be an inherently racist topic. None of this can be found in the docu. Stel and Jess sometimes discuss Atlantis openly before the scientists and the scientists obviously know about Stel's hypothesis of 5000 BC because they are trying to help him with it, though with some reservations sometimes. Some of the scientists offer even more imaginative hypotheses than Stel's. No racism at all can be seen. Stel and Jess travel around the Mediterranean Sea, supported by scientists, boatsmen and divers of all nations, races, and sexes. You feel the uniting spirit of science, here, and you could think you are in a Jule Verne's novel with its typical Enlightenment optimism. 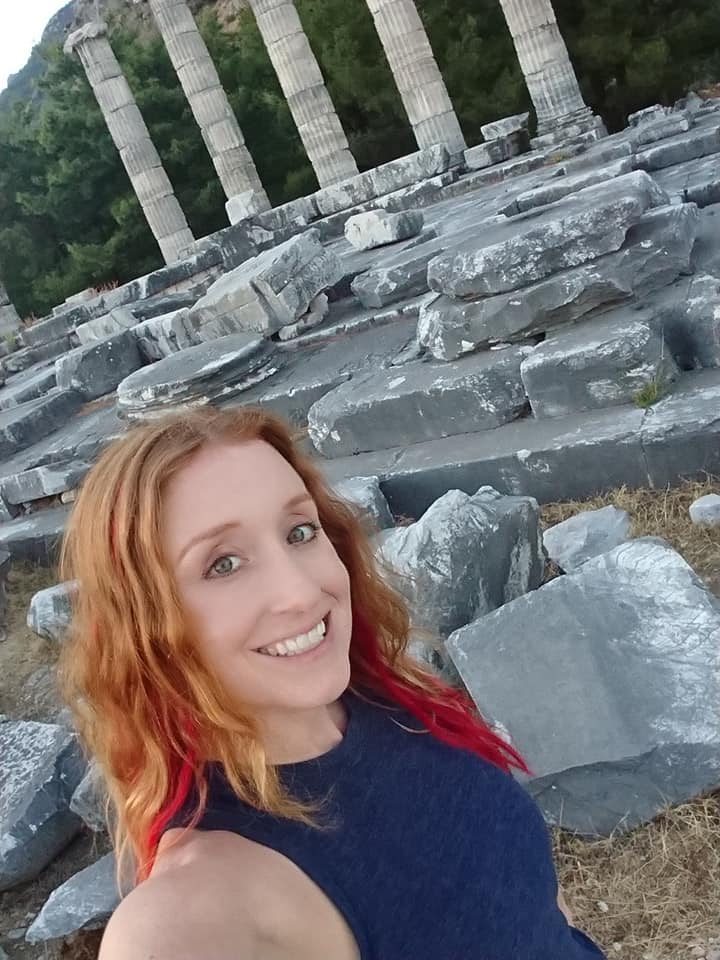 Clearly an Atlantis docu above average though Atlantis could not be found.